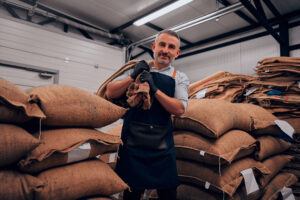 The M&A market in foodservice remains active in the first quarter of 2022.  Despite increasing interest rates, rampant inflation and geopolitical instability, new transactions have closed.

PFG and The Chefs Warehouse took a pause in the first quarter after a flurry of deal making in 2021. 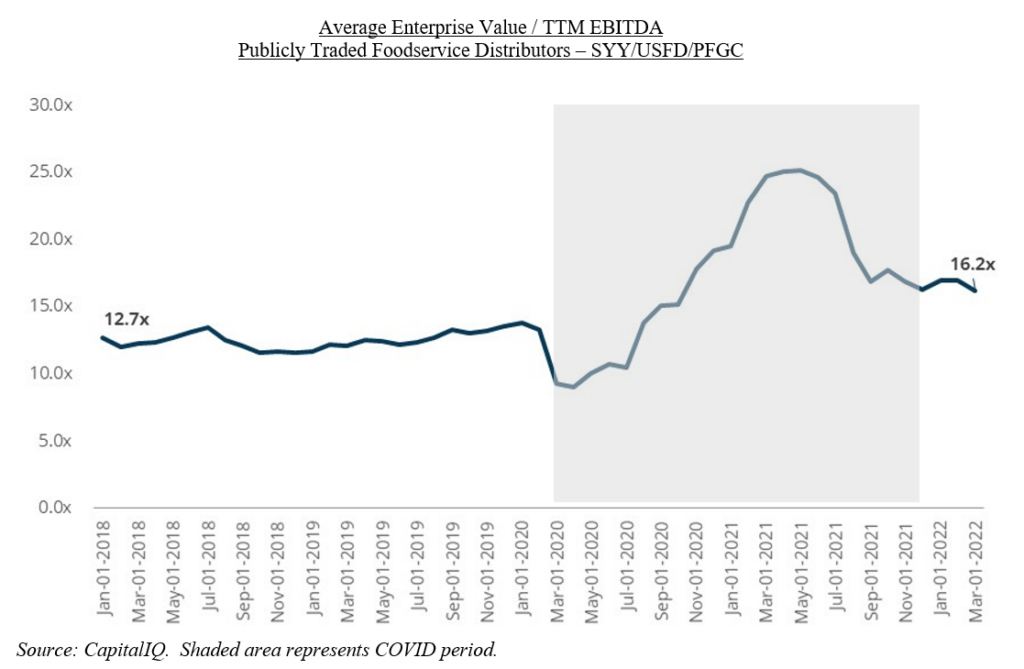 We expect that buyers will continue to be highly selective regarding acquisitions – looking to make those that are most strategic in nature, both “fold out” acquisitions that fill in gaps in their geographic coverage and “fold in” transactions where the buyer absorbs a company into an existing facility.  A careful eye will remain on inflation, interest rates, consumer spending power and the geopolitical environment.

Supply chain and labor challenges remain headwinds.  In their most recent earnings call, Sysco President and CEO Kevin Hourican commented “COVID continues to negatively impact supply chains across the globe….The impact is being felt in product availability shortages from our suppliers and higher-than-anticipated labor and transportation costs”.

PFG CEO George Holm, in PFG’s most recent earnings call commented “We’re seeing in the foodservice part of our business the inbound fill rates continue to get better. And it’s been great to see. We’re doing particularly well with the center of the plate, and we’re well into the 90% for inbound fill rates. When you get to our convenience business and our Vistar business and more with CPG companies, I guess, I would say, we’re not seeing much in the way of improvement yet. And all we can give for guidance with that is what we’re being told. And what we’re being told is that it will gradually get better, but it’s going to be around for a while, the shortages”

Inflation continues to be a major headline.  Sysco stated that inflation was “double digit at this time”, but “have not seen yet a reduction in consumer demand tied to that higher inflation…”.  In the most recent PFG earnings call, the company’s CFO James Hope commented “Our weighted food cost inflation was about 12.5%, up sequentially as [PFG] continued to experience double digit increases in our foodservice commodities….”. US Foods CFO Dirk Locascio, during their most recent earnings release call stated “Q4….food inflation was 14.4%….” At Keiter Advisors, we are hearing from independent broadliners of rates of inflation that are higher than what was reported by the publicly traded companies during their most recent earnings calls.  Most independent broadliners we speak with expect inflation to persist and potentially accelerate.